In Japan, Eric lived in three different apartments. He moved three times. Through misfortune, incompetence, and disaster he wasn’t able to move his belongings. Each time he had to depend on his friends and family to do it for him. I wrote about the first move here, when we salvaged what we could and abandoned the rest.

This is Round Two: Moving Eric For The Second Time.

Ever since the “incident”, Eric’s VISA status had been up in the air. The Japanese government basically ignored him for a long time, refusing to give him a normal VISA, hoping he would go away. Months and months went by without him getting any documentation, essentially, if he was pulled aside for a random ID check by the police he would have been detained and deported.

With all this uncertainty you’d think that Eric would stay close to his phone to catch that call from the VISA office saying “hey we give up, here is your VISA.” Instead, Eric went to one of his famous getaway spots, the IZU islands. 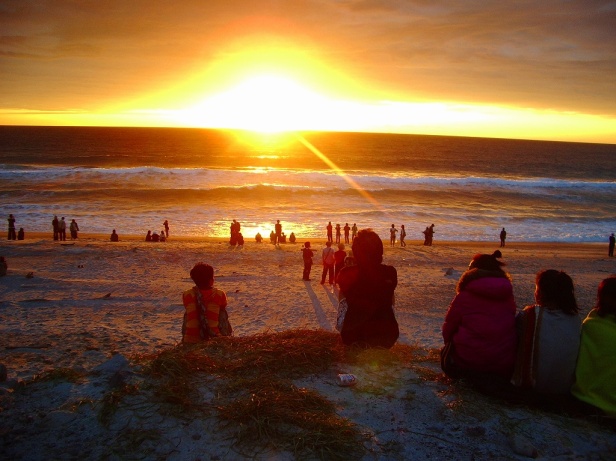 On the island, there was only spotty cell phone reception and so he missed the VISA office message that said, “you have 1 week to come in and get your VISA otherwise we will arrest you.” He came back to Tokyo oblivious that anyone had called and, of course, missed the deadline. Two weeks later he answered the phone and was told to come to the office. Since he didn’t know about the missed call he thought he was finally getting his VISA. Excited he quickly raced to the infamous Shinagawa immigration office. Once there he was ushered into a hidden door and taken to an elevator. He thought it was strange as he rose to the upper floors as the upper floors are used for the detention of those who have violated or overstayed their VISAs. When they got to the top and asked him to empty his pockets he finally understood. He was being detained, again.

Just a few weeks before Eric decided to move in with his friend Rocky. In hindsight, this might have not been the best decision. The day he was arrested … no sorry detained … he was supposed to empty his apartment and move all his junk to Rocky’s. Now he was stuck again. Luckily the immigration guards are a little more relaxed than the police guards in jail and they allowed him to use his phone for a bit. He was able to message me his situation and asked me to please move his stuff to Rocky’s apartment.

So one more time we rallied the troops and assembled in Eric’s apartment with a mission to get the valuables and ditch as much of his junk as we could around the neighborhood. It was the last day of the month and we had one night to accomplish this. Eric had not made it easy and his new roommate Rocky was anything but helpful. His reaction to the entire situation was, to be of no help, and go on a blind date while we furiously junked Eric’s stuff. But he swore that he would be around later at night to help.

The assembled team weren’t that much better. One said we should just torch the place while another helpfully suggested washing our hands of everything and letting Eric’s boss deal with it. Not that I blamed them. Eric was a pack rat and we took bag after bag of junk and secretly deposited them in garbage spots around the neighborhood. Moving further and further away someone discovered a giant garbage bin a company was using for a house renovation. Within minutes we filled it up with futons, blankets, and bags stuffed with the trappings of Eric’s life.

This was just after the big 3/11 Earthquake and Eric had taken earthquake survival to new heights. One of his “earthquake survival” tips involved wine bottles. In the basement of his apartment (nicknamed the dungeon), he had assembled dozens and dozens of wine bottles that he had washed and refilled with water. If the earthquake hit and the water cut off Eric was ready. If you call yeasty bottles of stale water ready. Each bottle had to be opened, drained bagged and then taken to the curb. Just dealing with his earthquake bottles took forever.

Our team spent probably 12 hours at his place slowly ghetto dropping his belongings all over town. As each person reached their friendship limit they left wishing the remaining friends, us suckers, good luck. Finally, it was just me and the apartment was ¾ emptied. I spent all day and into the evening moving around the local area dropping large amounts of junk and I was getting increasingly paranoid that someone would call the police and report me.

I just wanted to go home but all his big furniture items were still inside. I needed help getting them out of the apartment. They were too big to move by myself. I stuck around for about an hour waiting for Rocky to return any of my texts or messages. Around 11 PM he finally called and I could tell he was wasted. Now as anyone who knows Rocky can attest, he was not an easy guy to be around when he was like that. We even had a name for it: Gonzoed. Fed up that I had wasted my time waiting for Rocky I told him to not bother and headed home, leaving the rest of Eric’s stuff for the landlord to deal with. Hoping that the damage deposit would cover the rest of the cleanup.

When Eric finally got out of immigration detention he visited the landlord to check the damage. This time there was no concrete on the floors but the landlord had no trouble inflating the bill. Getting the furniture out of the apartment allegedly had cost not only his damage deposit but thousands of dollars in other costs as well. Again he set up a payment plan for a few dollars a month. I’m not sure if he eventually settled the bill but I’m sure he hustled something up.

Read about the first time we moved Eric’s stuff here