It’s a fantastically sunny day and from my swanky tenth floor accommodation (courtesy of the Tokyo Immigration Center) I can see the sun shimmering across the blue waters of Tokyo Bay. Oh, and I can also see some chubby Filipino women in her block washing her armpits a floor below me in one of the wings running perpendicular to mine.

I point this out to some of the guys in the room and quickly move away from the window minding the cup of tea in my hand and the half dozen men, from as many countries, then bunch themselves to the window and hoot, holler and pant aggressively at what passes for something, anything, in this mickey mouse chamber of nonsensicality.

I sit down in my corner and lean back against my futon folded up against the wall, and I sip my tea.

It’s a very appropriate term for this place. I’ve been here just over two weeks now and it’s been a consistent downward spiral punctuated by a total lack of logic, a symphony of rumors, with spectacular solos of ignorance and a near crushing level of boredom.

I know: my fault. I get it and I totally embrace my own ignorance and stupidity. That however does not change the fact that I’ve witnessed more proficient bureaucratic institutional operation at a KFC in Ueno. This place is efficient the way fat girls named “Candy” are happy with their lives. I have had my first two “interviews” and my file here has the density of the King James Bible. Just having information on the computer is not enough. Everything must be in print. 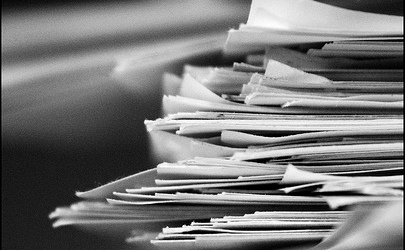 After all my bullshit here I’ve become something of an aficionado concerning this system.

So you overstay your VISA or otherwise violate the conditions of your VISA i.e. work a second job that deviates from the VISA you were issued (There are people in here for just that!). You get detained here at the immigration center. First you have to make a choice between two options.

Option 1: The immigration bureau slaps you with a deportation order, which you don’t fight. You buy a ticket, get a friend or family member to bring your luggage and then you leave Japan with a minimum of a 5-year ban that will prevent you from legally re-entering the country. If this works and you just want to get out then you will likely be detained only a week to ten days, then “escorted” to the airport and put on your flight.

Option 2: For whatever reason, you have something that you think is a viable excuse to remain in Japan. Perhaps it’s family, or maybe your own country is not a safe place for you. If, for example, you have a child in Japan you can apply for “Special Permission of Residence.” If you also have a spouse, particularly a Japanese one, and if he/she is willing to act as your “mimoto hou syonin” or legal guardian, you could have a respectable chance of receiving this special VISA. Also, applying for “refugee status” is similar. You have to demonstrate clearly that a return to your country would expose you to persecution or physical harm.

Because both of these Visas are essentially just “humanitarian gestures” by the Japanese Ministry of Justice, and each case is unique, and nothing in Japan happens quickly, the process takes a minimum of a month, but could last as long as six months in complicated situations.

My case is not complicated. I have a Japanese child I support financially and I have the full support of his mother, in regards to this immigration issue, at least for now, and I had been in steady contact with immigration officials. According to them my detention here is an “unfortunate occurrence based on miscommunication” but the upside is that this allows me to finally, after almost two years of stress and blank, misinformed faces staring back at me from across the immigration counter I can finally get a straight answer.

Do I get a VISA or am I gonzo, leaving on a Jet plane?

I’ve completed two of the required three interviews with my final interview and “oral hearing” scheduled for the 21st, it’s likely that I’ll know the outcome by the end of the month.