In Japan Eric lived in three different apartments, moving three times. However, through misfortune, incompetence, and disaster he wasn’t able to move his belongings himself, instead each time depending on his friends and family to do it for him.

Eric loved his first apartment. It was in a central location, a few minutes from the station and an easy walk home from the major entertainment districts of Tokyo. It was cheap and because there was an extra bedroom he could rent it out to subsidize his standard of living even more. On old man, a few floors above him played the shamisen. Eric would often describe waking up to it on early Sunday mornings.

He had even done some renovations. One drunken walk home with his old roommate they came across a half a bag of cement someone was throwing away. Not one to let things go to waste he decided to pave his floor. You read that right: PAVE HIS FLOOR. It looked about as good as you could expect.

For some reason, he had also decided to alter his bathroom. First, he painted it red and then he screwed in these cheap red lights. I say cheap because they flickered giving off an odd strobe effect. Whenever you went to go take a piss you entered this red room of hell. The color and the flicker made you stumble around looking for the toilet, with zero depth precision. It was so bad that you couldn’t tell where the walls were. FUN.

Then the troubles came. At first, we were confident he would out get right away but as the weeks dragged on we decided to pack up his shit so he wouldn’t have to keep paying rent while he was on the inside.

After the decision was made we only had a few days until the end of the month so we were like a triage team in his apartment. First, we focused on the important stuff like vital ID documents, clothes, and valuables. He would describe what he wanted to keep during visiting hours but because our communication was limited it was basically a guessing game. I remember I took these expensive looking speakers that weighed a crap ton only to find out later they didn’t work and I was essentially carrying around two 25 kilo boxes of garbage electronics. For years he lamented that we didn’t get his expense cappuccino machine but while rifling through his earthly possessions I never remember seeing it. Either he was playing with me or the roommate took it.

One of our friends had a car and we stuffed probably 20 of those big IKEA bags in along with assorted furniture items and hauled it to storage. This was only about a ⅓ of his stuff. With great remorse, we had to leave behind his giant TV. Nicknamed the beast the TV was probably 50 inches wide but it was an ancient cathode ray tube (CRT) TV so it was 50 inches wide but at least 50 inches deep. Amazing picture but it was a giant cube that took up half his room. 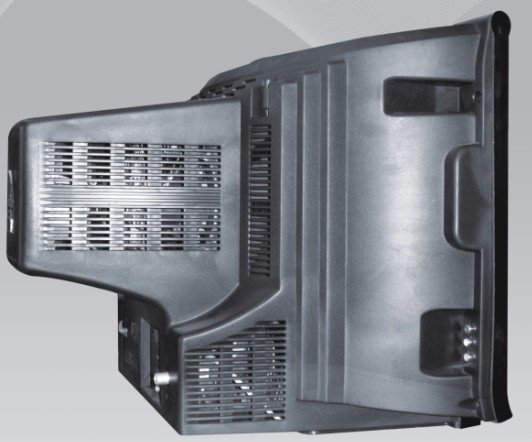 The damage deposit was a goner. Not only did we leave a ton of stuff in the apartment but his renovations cost a bundle to fix. After he got out he went to the old landlord to explain where he disappeared too. Not only did he lose the security deposit, probably $1500 USD, but on top of that, he owed something like $6000 in damages. Uncementing a floor doesn’t come cheap. As he didn’t have any money he made a deal with the landlord and paid a little a month for a year or two before some sort of hustle and the debt disappeared.

He always pulled it off.

Over the next few weeks, I will be talking about the times Eric got us to move his crap

One thought on “Eric’s Three Moves”