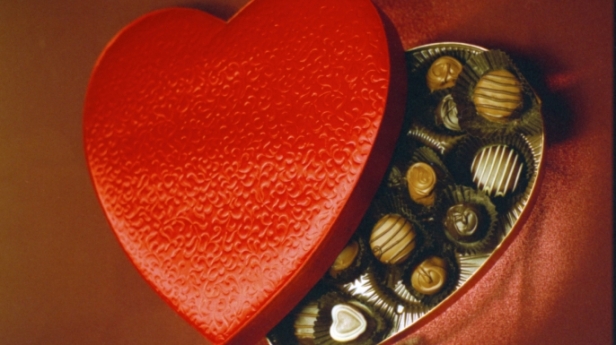 Valentine’s Day is the special a day for a shy girl to win love with the secret man.

That’s how it was explained to me years ago, Valentine’s Day in Japan. Although this day generally passes with a flood of cheap chocolate from various women who, probably, wouldn’t cross a rice field to shi-shi on me if my Kimono was on fire, Japan never fails, if one looks, to do something really bizarre.

For whatever masochistic reason, we yet again, have decided to look.

But today, you ladies out there, who probably sit around all year in a chastity belt, waiting for the two nights annually when you’re finally allowed to unleash your vagina fires and seduce the man of your dreams, this one’s for you.  You get two shots per year; one on Jesus Christ’s B-day, talk about mood, and the other on Valentine’s Day.  So, maybe you struck out on Christmas and worry that ring-rust, of whatever variety, will complicate the chances of all your hopes and fantasies coming to fruition during one passionate and highly orchestrated night in a Safari themed love hotel.  Have no fear, Joshi.spa has got your back.

Some excerpts, made far more fun with the help of goggle translator are…

Hopefully, when my wife fails to give me chocolate on Valentine’s day, I can still get things hot in the bedroom, knowing full-well she’s “trying out strategies” and who isn’t turned on by that?  Joshi.spa goes on…

As a fan of Yoda-like vernacular, I would be forced to click on option D.  Joshi.spa doesn’t disappoint, and dispenses fresh hot love wisdom…

This is the question our female readers always ask about “Guys, how do I make a fancy fancy in a moment?”  Thanks to Joshi.spa, you ladies never have to wonder again, just don’t forget the curry, macaroons of sticking, and a hearty pinch of et cetera!

If your questions and concerns about Valentine’s Day in Japan were not answered above, then we aren’t sure what else we can help you with.

Win his heart, and eventually control over his salary and existence, by skipping the standard box of chocolates and trying something novel to impress him.  You didn’t just pick these up at some random convenience store, no, you thought long and hard, and exhausted yourself browsing amazon.jp.  Here are the gems, ladies, a few alternatives to the norm. Prepare for that special stud to be impressed beyond words.

This was the first thing that showed up on Japanese Amazon when “Valentines” was typed in.  For better or worse, you’re about to embark an a romantic adventure the likes of which will likely cause extreme forms of psychological damage:

Ladies, if he doesn’t like Brian’s story, he’s a disgusting homophobic misogynist who isn’t worth enslaving through multiple pregnancies and the threat of never-ending alimony payments.  Give this gift on Valentine’s Day, and let your night at the love hotel be as raw and unprotected as Brian’s!

The first thing most guys want to hear about on Valentine’s Day is “Honey, I have critters.”  So, imagine the joy and hyper-sexual tension when you two are dressed to the hilt in matching Uniqlo outfits, sitting side by side, eating chocolate and bugs together.

In other news, mystically, Sayumi-chan is still single, and plans on dying cold and alone.

Because nothing sets the mood like talking about what poor people eat.

3. Soak up some Romantic Culture

If he can’t read and for some crazy reason he doesn’t want to eat bugs with you, drag him to Ikebukuro, the capital of romance in Tokyo, for the world-famous Ikebukuro Valentine Fantasy! 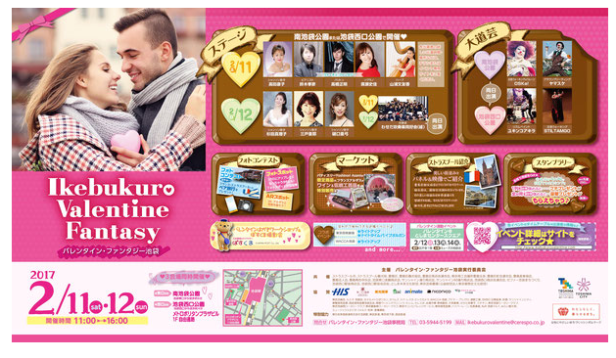 Complete with foreigners who love each other, Ikebukuro Valentine Fantasy is a huge success, with at least 50 people walking by it on the street.

2. Give him the thing you don’t have

If Joshi.spa knows anything, and it knows everything, then you’re vagina is as inviting to him as an ice bucket. That’s why his real girlfriend is a computer game.  This doesn’t mean the battle’s lost however; you can still trick him into loving you (in his way) on this special day by being that every-present enabler; always one step ahead of his healthy natural impulses and manly needs.  Think, Bill and Hillary.  Whatever path you take, just make sure the destination, is you giving him this.

Your man, who’s revolted by you, now need only insert this precision device into the gash of his favorite blow-up doll, oops, I didn’t mean to be callous, “Synthetic coital unit“, and the aptly named “Hole warmer” does the rest.  Reviews have been largely positive.

Not “maybe”, or “possibly”, but it “Definitely feels better…” than some old Chinese whore’s smashed out box.

…give him a box of Chocolate flavored instant yakisoba.  Ensure that this man you’ve schemed and plotted over totally resents and secretly hates you, forever.  Joshi.spa thinks you can do it, we believe you can do it, the rest now, is up to you, ladies.