Years ago I read this book, The Devil of Nanking

. The story revolves around a western girl traveling to Tokyo because she is obsessed about finding this Japanese WWII film footage. I won’t get into the story but one of the key plot points was that she was staying in this abandoned building in central Tokyo. Now that always struck me as weird as property in central Tokyo is in short supply and pretty sought after. It doesn’t make sense to have an abandoned building in central Tokyo but, as I’ve talked about many times, making money and Japan don’t always go together.

As the years have wore on, and I got to know the city, I’ve ended up stumbling across abandoned buildings, boarded up, often for years. These blocked off concrete blocks sit empty while nature slowly reclaims them. Sometimes they are in quite luxurious neighborhoods where it doesn’t make sense to have this property just sitting and not making money. Yet this is Japan where things can get forgotten, even things that have the potential to bring in Yen hand over fist.

The Kichijoji Castle is a house that is right next to one of the best parks in Tokyo, Inokashira Park. It has been boarded up for at least 10 years and even though it sits on some of the choice real estate in Tokyo no one has touched it … except for some kids who probably explore its, and each others, depths in the darkest of nights. 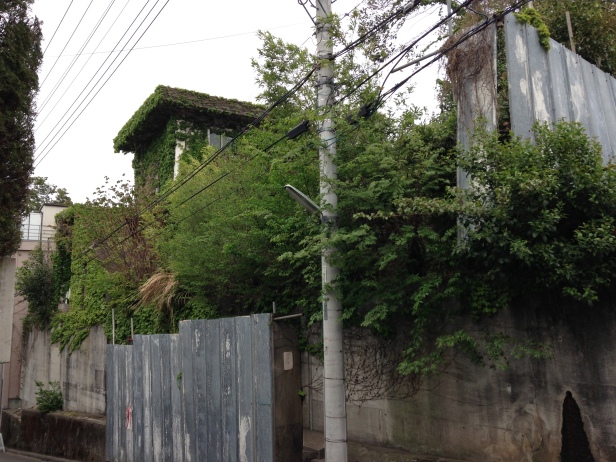 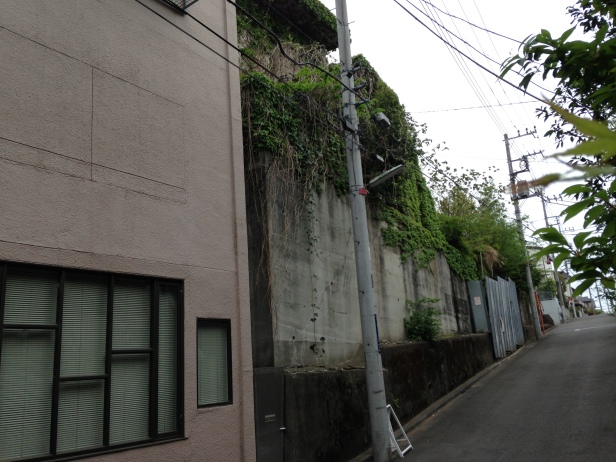 Daikanyama is one of the trendiest areas of Tokyo. This is where the rich and hip Japanese go to buy $300 jeans and sip $14 fruito soy milk lattes. Yet among all the glitz and glamour sits this apartment block. Resting right next to the beautiful cherry blossom lined Meguro river it has about twenty bachelor pad units that could easily rent for $1000 a month. Yet it sits empty, left to the elements while its owners piss away tens of thousands of dollars a month in rental income. Google Maps seem to show people living in it when they drove the map car through in 2009 but its been empty for at least a couple of years. 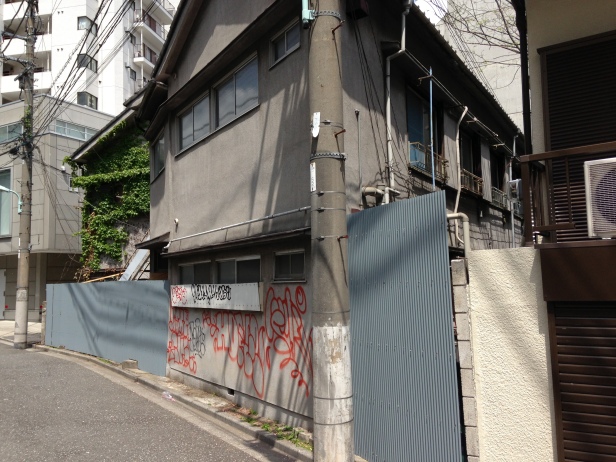 This warehouse / factory looks like its been sitting there for decades. Out front among the ivy is some machinery that looks like it was last used during the start of the industrial revolution. Yet this building is right next to Temple University’s Japan Campus in the heart of Azabu-Jūban a residential neighborhood where foreigners constantly out bid each other to live in some tiny bachelor pad. 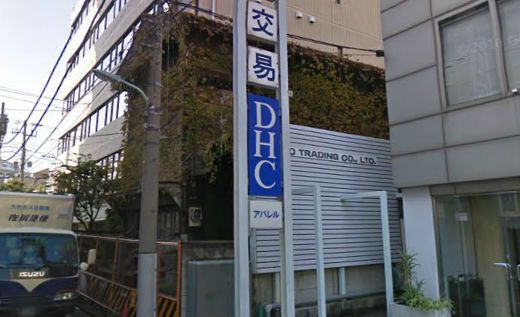