Everyone seems to be talking about or listening to Jared Leto’s success at breaking into the music scene with his band, 30 Seconds to Mars. Whether or not he is acting, he has made the much sought after breakthrough from actor to rock star.

In the age of teen band power it is relatively easy to cross from the music industry into acting. With a built in fan base, pop musicians can easily enlarge their “brand “ to include movies. Going the other is a very hard sell but not impossible. Many actors have made the breakthrough but many more tried and their Vanity Bands crashed and burned.

Marilyn Monroe made an Empire from becoming a triple threat: a successful actor, singer and dancer. Travolta crossed over back in the 70s and more recently Paris Hilton basically bought her way into music success. The train wreck that is rapster Joaquin Phoenix still manners to garner media attention for whatever the bearded master of hip-hop does. Hoax or not Phoenix definitely harnessed some sort of viral success. Other movie stars who have made a splash in the music industry are:

Bruce Willis had some success with an alter ego, Bruno, who sang pop-blues songs on his album entitled The Return of Bruno, which included the hit single “Respect Yourself”

Hawaiian Tia Carrere the girl from Waynes World had some success with
an album that did well everywhere but the States. 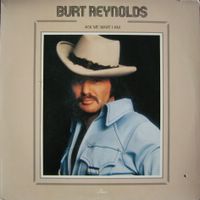 Rehab Queen Lindsay Lohan had a commercial success with her debut album, Speak, which went platinum.

The hairy Baywatch star “The Hoff” famously released a No. 1 album in
Germany and Switzerland.

Don “I don’t wear socks” Johnson had a hit with his single, ‘Heartbeat’. It cracked the Top 5 on the Billboard Hot 100 singles chart in ‘86.

Hilary Duff got her break as a child actress on the Disney channel but was able to parlay her stardom into a successful music career as well.

Nymphish star Zooey Deschanel became famous for her deadpanning style in Elf, and Gigantic but she also has musical group, She & Him that has done respectively well on the Indie circuit.

When he was huge in the 80s Eddie Murphy had hit singles, ‘Party All
the Time’ and ‘Put Your Mouth on Me,’

While there has been some success, a number of big names have tried or are still trying to make that ever illusive successful crossover. Actors in the trenches waiting for the general public to notice their musical genius are:

In 1995, Kevin Bacon formed a band called The Bacon Brothers with his
brother, Michael. The duo has released six albums to little success.

Russel Crowe has been slugging it out since the 80s. He eventually formed the 30 Odd Foot Of Grunts (TOFOG) who he rebranded as the The Ordinary Fear of God using the same acronym so he wouldn’t have to buy new TOFOG merchandise.

Scarlett Johansson released an album that sold around 25,000 copies worldwide.

Steven Seagal released his second album, titled Mojo Priest, in April 2006. He spent the summer of 2006 touring the United States and Europe with his band, Thunderbox, in support of the album.

The real life Vincent Chase from Entourage is trying to break into the music scene with two New York bands. He is the lead singer for Kid Friendly and plays drums in The Honey Brothers.

Jada Pinkett Smith, wife of Will Smith, is the vocalist for heavy metal band Wicked Wisdom.

Goonies child star Corey Feldman has released a bunch of albums to little or no fanfare..

In life imitating art Juliette Lewis who much like her character in Strange Days Lewis launched a career as a solo singer and musician, leading a group called Juliette and the Licks until 2009. After splitting with the Licks, she has formed a new band called The New Romantiques, with whom she has recorded a new album entitled Terra Incognita.

Minnie Driver has been in the music scene almost as long as she has been an actress and has a number of album releases.

Keanu Reeves has had a couple of bands including Dogstar during the
1990s, and more recently in a group called Becky.

Hayden Panettiere everyone’s favorite cheerleader from Heros has had a number of singing gigs for soundtracks and movies. She digitally released a single “Wake Up Call” on August 5, 2008