Upate: The ship has been salvaged by the Norwegians.

The Soviet Cruiser, light cruiser project no. 68-bis and designated Sverdlov class by NATO for those of you who want to get technical. Commissioned in 1955 she served for decades with the Soviets and then after the break up of the USSR in the Russian Navy’s Northern Fleet. However due to huge budget constraints the ship was scraped and sold to India in 1994.

During a particular harsh Arctic storm she ran aground near the Norway village of Sørvær. For almost twenty years she has sat in Sørvær’s harbour becoming a tourist attraction and environmental scare as supposedly the Russians left some possible radioactive substances within the ship.

It is due to finally be scrapped in 2011 but you can still see it on Google Maps by clicking here. 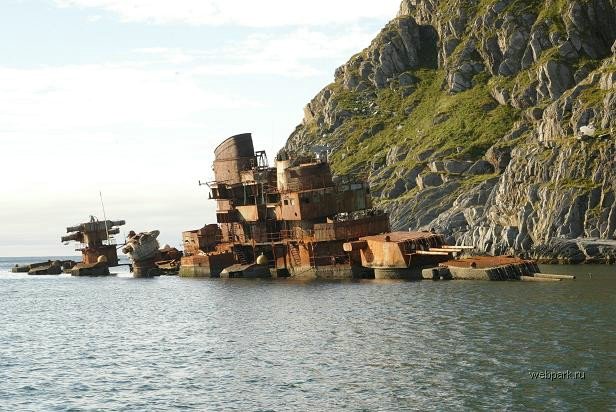