How to power low kick (without snapping your shit up)

One of the staples of kickboxing is the low round house kick to the opponents leg. It hurts. Man, it really hurts.  This is why it’s so often employed and has been used to topple many a would be boxer turned kickboxer.

Recently, however, there has been a lot of speculation about the use of this technique in the light of two high-profile injuries: the Anderson Silva leg explosion in UFC and the Tyrone Spong bone implosion in Glory.  See below for details…. 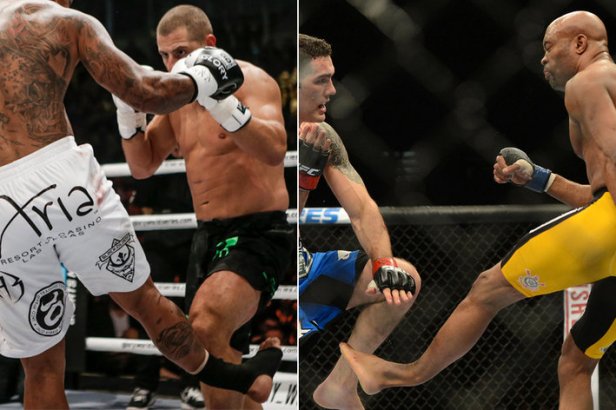 The ole “snapping shin” injury is written off generally as a fluke or a freak occurrence.  The reality is that it’s no more of a fluke than a broken nose or some cracked ribs.  Not in kickboxing anyway.  And as the dominance of kickboxing not only in its pure form, Glory-type-events and Muay Thai, but also in MMA, rises we are going to see more of this.

Why are these shin bones snapping willy-nilly?

Good question and I will speculate.  Anderson is not a kickboxer.  He’s an MMA fighter.  The range is different.  Due to take downs the low kick can be used by the wrestler as in for a single leg take down. Also with the small gloves the risk of someone catching a low kick and belting the attacker in the mouth with a straight whilst he balances on one leg is a big higher.  This is why so many MMA fighters throw a very quick and shallow low kick.  The hip never turns over. This is harder to read, it’s a bit faster and it allows one to be in a slightly better position to deal with punches.  It also means that your kick is moving UP into the impact area instead of parallel to or down into it.  This in turn means that when you connect, there is a good chance that instead of hitting with the hardened and sharp part of the top of your shin bone, you are actually hitting slighting off of that on the flatter and weaker side.  Add in an aggressive leg check with forward momentum and we get SNAP CITY.

Spong is an amazing kickboxer, but who has he been training with lately? Correct: MMA fighters.  If you watch his video, notice the shallow low kick he throws. The kick happens around the 30 second mark.

When Silva got snapped up it was even worse in terms of hip position and shallowness.
But we can write these two off as flukes, right?
Maybe not. In 2008 Corey hill had a similar injury in the UFC. Ray Sefo sustained a fractured shin in 2002 fighting Hoost. And then there is Nicholas Pettas and his horrific self KO.

5:35 into this and Pettas again, steps in with a shallow rear leg round house kick to the side of the knee. Gur is moving slightly forward and the shin is gone.

You might have noticed that Gur did not even check this.  Pettas simply through a shallow kick at a less than optimal angle and the target happened to be moving forward at that moment. SNAP CITY 2: THE REVENGE OF SNAP.

It seems this injury is probably, and I am making this up, 60% bad technique, 10% pre-existing injuries or over trained contact surfaces with 30% wrong place/wrong time.  The kick is thrown in all it’s incorrectness as the opponent checks hard with upper shin or knee or moves the knees into the kick or checks hard while moving forward in the case of Saki/Spong.

How to properly power low kick

Balance matters so be balanced.

Next, immediately after stepping your lead leg comes around the outside arc of the clock (5,4,3,2).  This is a whipping motion accompanied by your hips switching position.  Before the kick they will be facing your opponent. As you kick, your hips will turn over and face 9 o’clock, almost with your ass turning over to the opponent.

As the  kick is arching and the hips are turning, your lead foot should be pivoting on the ball and your heel should come forward.  The knee of this leg is slightly bent.  The lead hand is up, tucked tight to your face in the guard position and the rear hand and arm should whip out to the side of the clock, in the opposite direction of the kick in order to maintain balance and maximize torque and force on impact.

The target for the kick is the TOP of the opponents lead leg.  Not the side. This is a common point of contention in the kickboxing universe but based on personal experience alone, being kicked hard on the top of the leg hurts much more, so much so I became nauseous.  Contrast that to the hundreds of hard side leg kicks I have eaten; there is no comparison.  There is less muscle there and it seems like there is no place for the kinetic force to go but directly into the leg muscle and bone, where as a kick to the side often lifts the leg or pushes it. Force is lost.

Rob Kaman, world-renowned for his leg kicks, demonstrates perfectly in the video below.

Not only is this kick much more powerful, it’s thrown at an angle which would minimize the risk of a shin injury to the attackers.  Another point to consider here is how upright Kaman’s body is when he kicks.  It’s a bad habit for fighters to lean back and away while low kicking in order to “sneak the kick in”.  This causes the shallow hip position and the flat part of the shin to make contact.  It’s more dangerous for the kicker and it’s less powerful.

Points to remember and practice:

That’s it for now.  Possible video coming on this in the future and other techniques as well.

4 thoughts on “FACEPUNCH: How to power low kick (without snapping your shit up)”