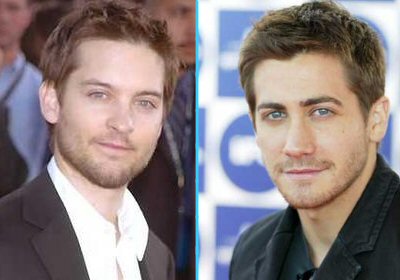 Tobey Maguire and Jake Gyllenhaal fill the same acting acting niche. They have often been confused for each other and until Gyllenhaal rose to the A-list after going full-gay in brokeback mountain he was often called the poor man’s Toby Maguire.

The similarities between the two were so great that scientists warned against casting them together in the same movie. Having them on the same screen was feared to cause a rupture in space time continuum creating a Tangent universe OR could even tear time’s fabric thus creating a link to the Negative Zone.

Ignoring the experts the producers threw caution to the wind and made Brothers (2009) starring the two as … well brothers. Then to further their contempt for said scientists they cast the beautiful Princess Padmé as the apex of a love triangle. I say beautiful as its mentioned in the movie at least 6 times.

The Maguire-Gyllenhaal project is based on a Danish film, Brødre, about the consequences of military life on the families of those with members serving on the front lines. The premise of dealing with intense guilt is sound and the two are good for their roles although Marines might find it hard to swallow that Maguire is a Jarhead.

However, the true star of this movie is the girl who plays the daughter! Give her an Oscar already! Maybe its easier for kids to tap those raw emotions as they are the masters of manipulation but those looks, her performance … incredible!

3 thoughts on “Spider man and gay man make a movie”